Wobblefit. My journey with Endometriosis and PCOS. 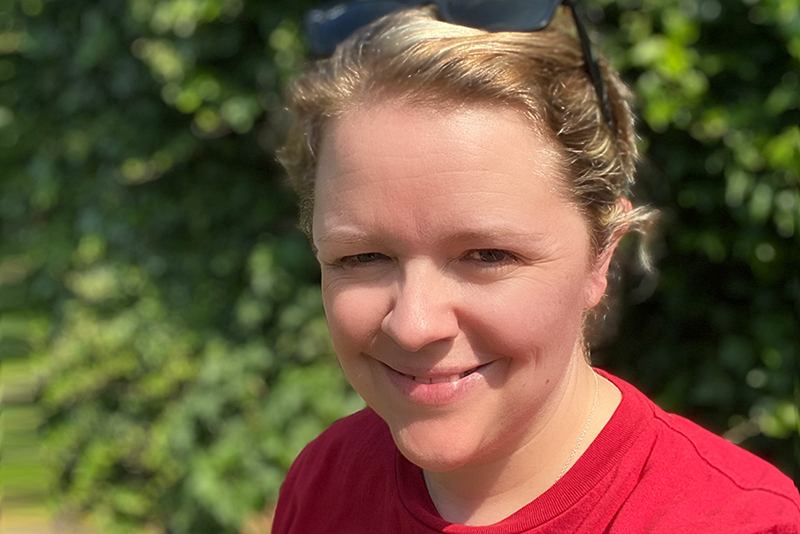 I was in my late twenties when I started experiencing problem periods.

Previously I had a pretty straight forward menstrual cycle that liked to show up every 28 days without many problems. I had a little pain, but nothing that a couple of paracetamol couldn’t fix. The only small hint of any issue I can see with hindsight was that I started to experience problems with unexplainable weight gain when I was round 22 years of age. Any medical tests I did always came back normal and as I was on on antidepressants for anxiety, assumed it was the medication making me gain so much in such a short space of time.

When I was around 30, I started getting severe, sharp pains in the lower right side of my pelvis. An ultrasound revealed that I had an ovarian cyst around 5cm in size. I was told it was normal and that it would resolve itself in time. But not long after, during a normal period, I was horrified to see that I was bleeding from my bowel. I knew it wasn’t normal blood. I mean if you’re someone who has periods, you just know the difference between a period and normal blood. Knowing my mum had been diagnosed with Endometriosis (which resulted in a hysterectomy) 20 years earlier, common sense told me that this was related.

A trip back o the gynaecologist resulted in a referral to a gastroenterologist. I had a colonoscopy that gave no answers. Purely based on the fact that my ovarian cyst had grown by another 3cm, it was decided that it needed to be removed.

That first surgery I woke up to the news that apart from the ovarian cyst (which turned out to be a dermoid cyst) everything else looked healthy. I had polycystic ovaries but no Endometriosis.

Exactly a year later I was back at the doctors. The pain in my pelvis was getting worse and I was experiencing severe gastric symptoms. The doctors were reluctant to perform another surgery because “we didn’t find anything” 12 months previously. I am glad now that I was insistent that another surgery be performed.

Six months later I woke up in the recovery room. I knew from the pain I was experiencing that something was very different from my previous surgery. When the surgeon came to see me later that day he explained that Endometriosis had been found in several places, including on my left colon, wall of my stomach and ureter. There was also massive scarring and adhesions that needed to be removed.

After healing from surgery, I was sent back to gastro as my digestive symptoms worsened. A Calprotectin test showed I had inflammation in my bowel and my GP believed I had Colitis. Another extremely painful colonoscopy was performed, but again nothing was seen.

This was the real start of my journey with both Endometriosis and PCOS.

By my mid-thirties I was experiencing severe weight gain, extra hair growth, chronic pain, fatigue, excessive hunger, acne breakouts, nausea, digestive problems, bloating, migraines, insomnia… etc. The list just goes on. I tried all kinds of hormone treatments to help improve my symptoms; everything from the marina coil to DepoProvera injections and even chemical menopause. The chemical menopause was the most effective for me, but the limit was 6, monthly doses.

To date I’ve had three surgeries and I’m currently on the waiting list for surgery number four.

My health and fitness have suffered immensely over that period.

Physically I struggle to lose weight unless I’m maintaining a calorie negative diet and regular exercise. I seem to do well for the first 6-8 weeks. but eventually the scales just seem to stop going down. For me I know it is a combination of motivation, excessive hunger taking over and not being able to work out because I’m also fighting nausea/fatigue/pain. Mental health also plays a big part. It is incredibly lonely to be the only one in my network that goes through this.

Over the past 5 years I have attempted every type of diet and exercise program. Slimming World, Keto, No-Carb, Low-Carb, 80/20, Fasting, Aerobics, Running, Drop a Dress Size in 6 weeks, Gym, Hiking, Running, Zumba…etc. There is always a conflict with my symptoms flaring up at the wrong time or a particular diet not agreeing with what actually might be best for my hormone makeup. I can’t tell you the number of disagreements I’ve had over Avocado. They’re scientifically a very food food for you and I’ve noticed they help me keep my dry skin/eczema under control. However, so many diets class them as a ‘sinful’ food.

I also have a massive thing about my body and have little confidence in how I look. I’ve gained a lot of weight and I struggle trying to keep up with fitter, leaner women who maybe don’t have to worry about flooding or having a prolapse in the middle of a fitness class. So I skip classes keep myself feeling safer and I know that is not good for me either.

I thought about creating Wobblefit during lockdown because I was feeling even more isolated than ever. I wanted to be able to meet other women in my local community who were also experiencing symptoms like me. I wanted to have a safe space where we could meet and access social based fitness (and mental health) activities based on our collective symptoms.

I am now proud to have launched a Newcastle group to test the waters and find out what women and FTM Men want in our social fitness groups. If you’re based in Newcastle or the surrounding area, I’d love for you to join our group here.